This short and easy Junee Cave Walk follows the Junee River upstream through rainforest understorey and open woodland to arrive at the mouth of a vast underground labyrinth of limestone caves.

The track weaves through moisture-loving ferns, bracken, moss and lichen, and traces the Junee River, which flows from the limestone caves themselves.

The 18,500 hectare Junee-Florentine karst system has the deepest two caves in Australia: The Tachycardia and Niggly caves both have an approximate depth of 375 metres. Other caves in this system contain well-preserved Aboriginal heritage in the form of animal bones, tools, hearths and hand stencils.

Karst occurs when acidic water breaks down limestone or dolomite surfaces near their cracks. As the rock continues to erode, its fractures become larger and wider and with time an underground drainage system, such as the Junee-Florentine, can be formed.

Rivers in karst areas can repeatedly disappear through cracks in the ground and spring up again in different locations, often under a different name. The ultimate example of this is the Ljubljanica River in Slovenia, which is said to have seven name changes!

You will find a special literary quote from Australian writer Kathryn Lomer on the interpretation panel at the head of this track. 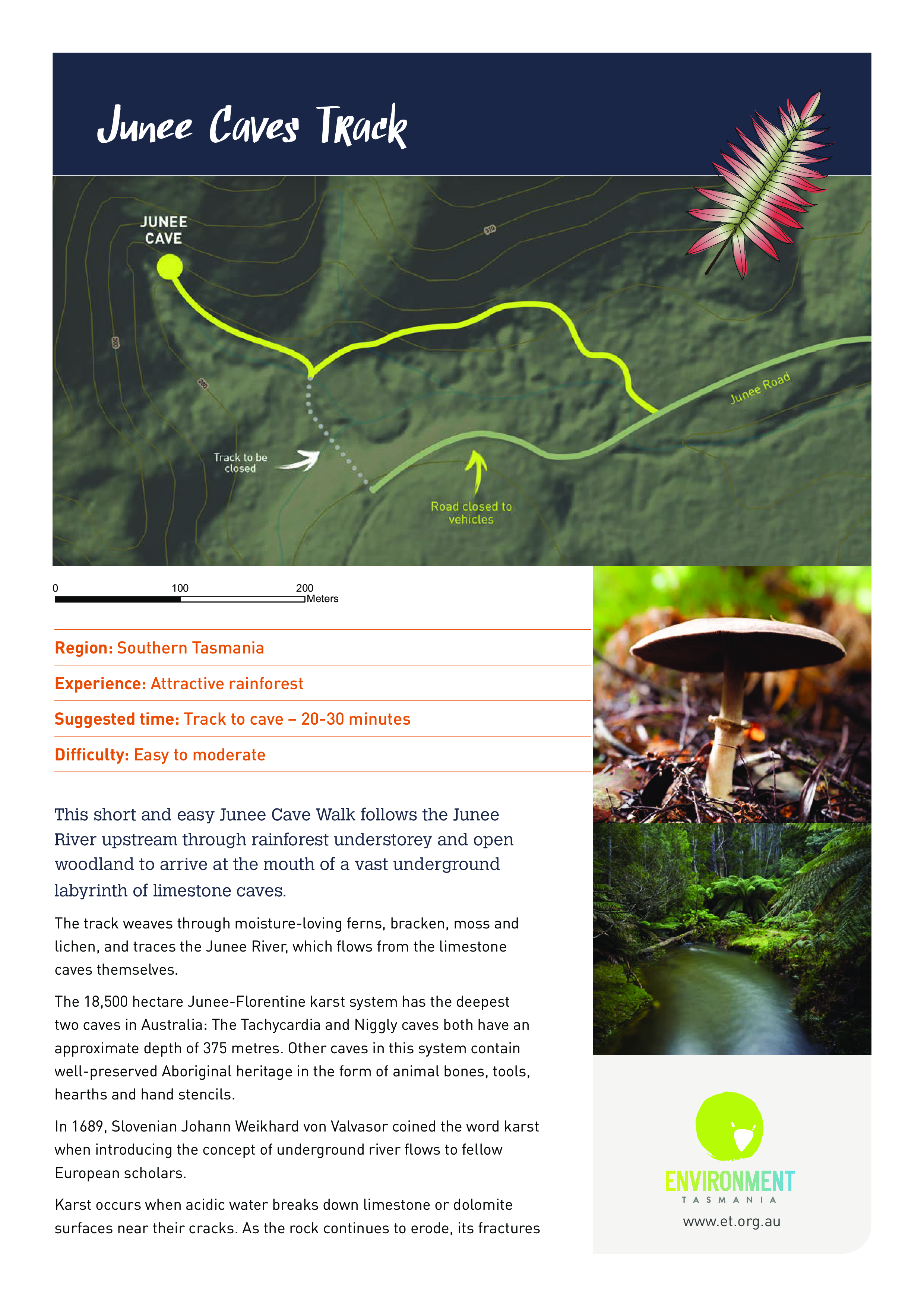 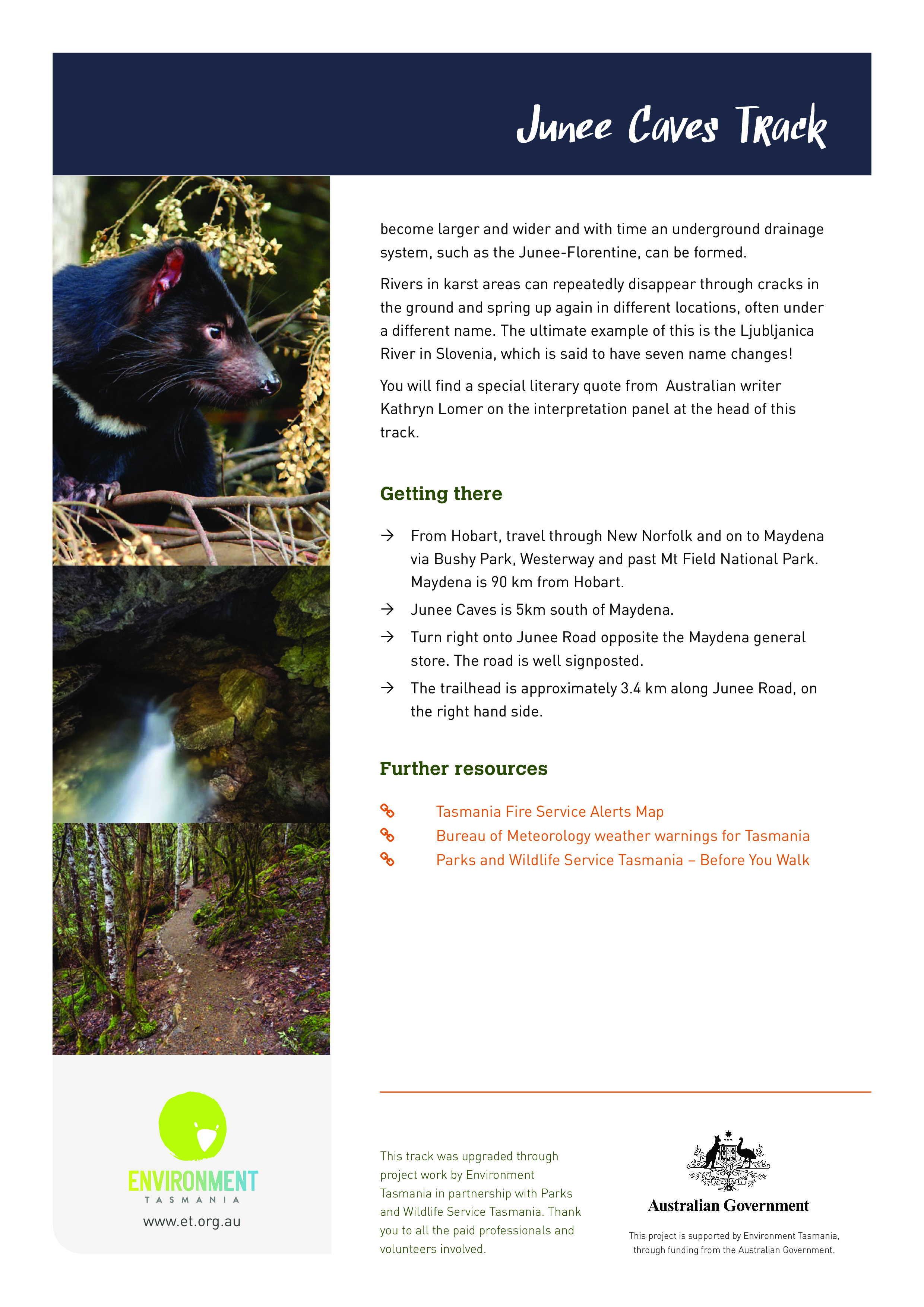 Take a look around in 360 degrees in your browser, or in VR mode with a supported VR headset like Google Cardboard. 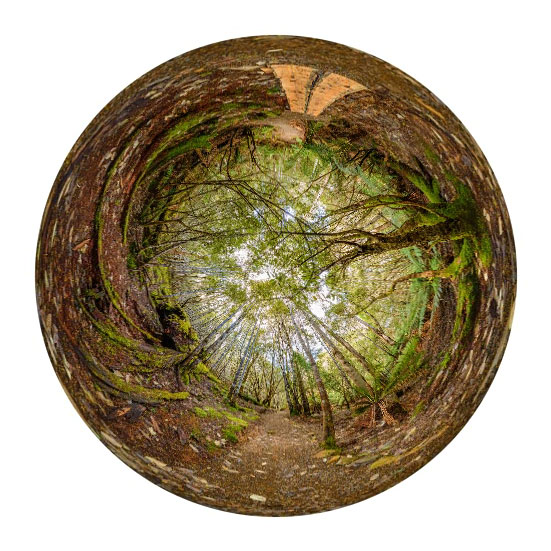 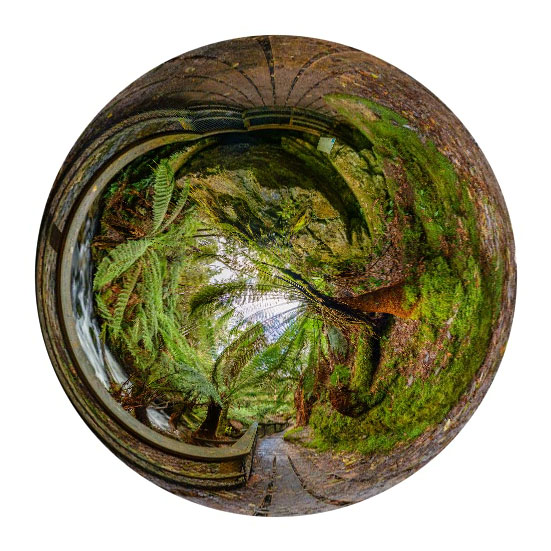