This short forest-to-waterfall walk is both rich in history and infused with the tranquility of moving water.

Halls Falls lies on the Groom River and drops from a hand-made, nineteenth century weir located upstream from the waterfall. The weir remains from a time when Chinese miners worked the region’s rich, mineral veins for tin. During the 1880s, tin was used widely for household utensils, including pots, pans, candleholders, oil lamps, and lanterns. Preserving food in cans, first invented in the Napoleonic Wars, was initially a status symbol among civilians but became increasingly popular through the nineteenth century.

This mainly flat track passes above and below Halls Falls and its charming rock pools, presenting many excellent photo opportunities. The walk is steep only in the brief descent to the base of the Falls.

Above the falls, the track branches off to a number of sites via sidetracks along the Groom River and through the nearby forest.

Immense tree stumps remain as a reminder of tall trees felled over a century ago by early settlers.

You will find a special excerpt from a poem by Australian poet, Peter Hay, on the interpretation panel at the head of this track. 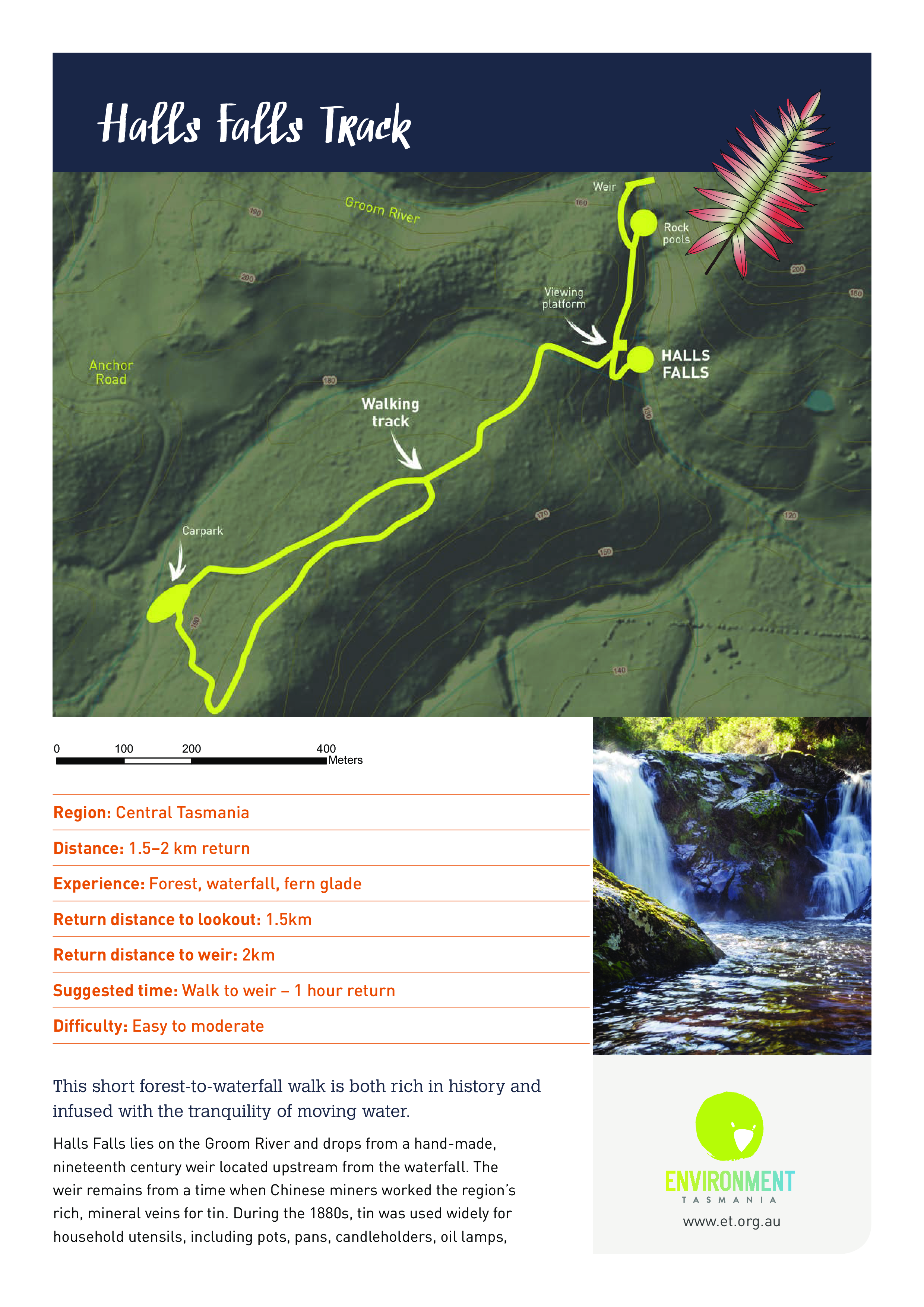 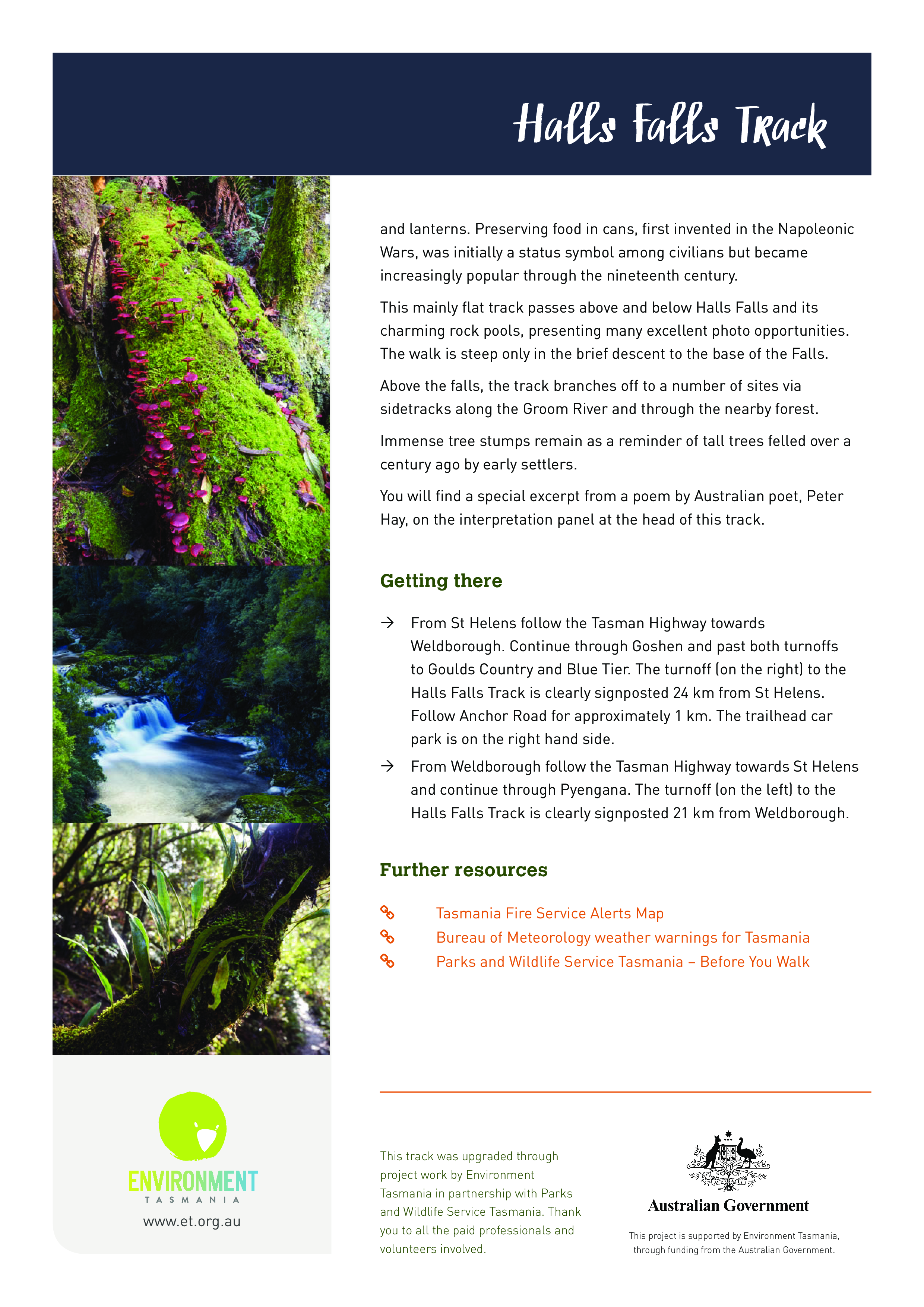